This post comes after a frustrating meeting with a group of marketing personnel, who really have no idea what design really is. Basically the whole meeting was based around two colours they absolutely needed on the page, one colour to be the font and the other, the background.

Sounds simple enough? Just wait… I told them we couldn’t use that combination for the font and background because they are the same tone. Say, what? Yes, they may be different colours, but because the tone is very similar, the font will not show up, or will be very hard to read.

They didn’t believe (or trust?) me and told me to “just try it and see what happens”. I gladly did so, because I knew this colour combo would not work in this particular case. I came back to the meeting with a printout in hand, showing them exactly what I was trying to explain to them.

Now, there was a piece of paper on the table, which 90% of the room could not read. The other 10%? No, they did not have super powers, they had a fear of being wrong, so they insisted that they deep red font and deep purple background were the perfect contrast. Any designers reading this are probably rolling their eyes right now, as am I, as I write this down and re-tell the situation.

I simply told them they must have amazing eyes, but most people in the world don’t have as great vision. Also, we aren’t playing eye-spy with the customers, we want the product to stand out, not blend in. We need the packaging and text to pop so the customer knows exactly what it is that they are looking at.

Finally, after saying the line no body selling anything wants to hear, “products blending in and not standing out”, they agreed to look at some other contrasting colours.

I thought the best way to explain the tone-on-tone example was to give them visuals: black text on a white page vs. black text on a navy blue page. For some reason, it wasn’t working. My conclusion: some people do not like to be wrong. Find a way to speak to them in their “language”, business people don’t want to hear the words “blending in”, “cheap”, “boring”, “overpriced”, etc. The only way I could get the other 10% to understand that this colour combo was not the right choice was by using their language.

It’s all about how you present it

As designers, we think everyone knows what colour vs. tone is, or colour vs. saturation. Contrast vs. tone-on-tone. Just like I don’t understand anything to do with stocks, a stock broker may not understand colour theory. Go back to the basics. The best thing to do is use a visual example. Also, keep an even tone when speaking with clients, never speak in a way that makes you sound superior. Many authoritative figures do not like being wrong, some may even refuse to acknowledge when they are proven wrong, especially if they are being spoken to in a patronizing voice. It may become frustrating, just remember to take a deep breath and try to explain yourself in their language.

Let us know some of your experiences with clients who think they know everything and refuse to be proven wrong. 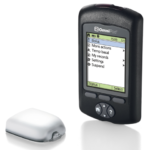 Omnipod – My review after using pods for three weeks 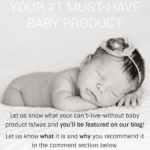 Your #1 Must Have Baby Product

When you sign-up for our blog's newsletter we will send you
our trending posts, ideas and freebies.
We will also send you our tips and tricks of the quarter.